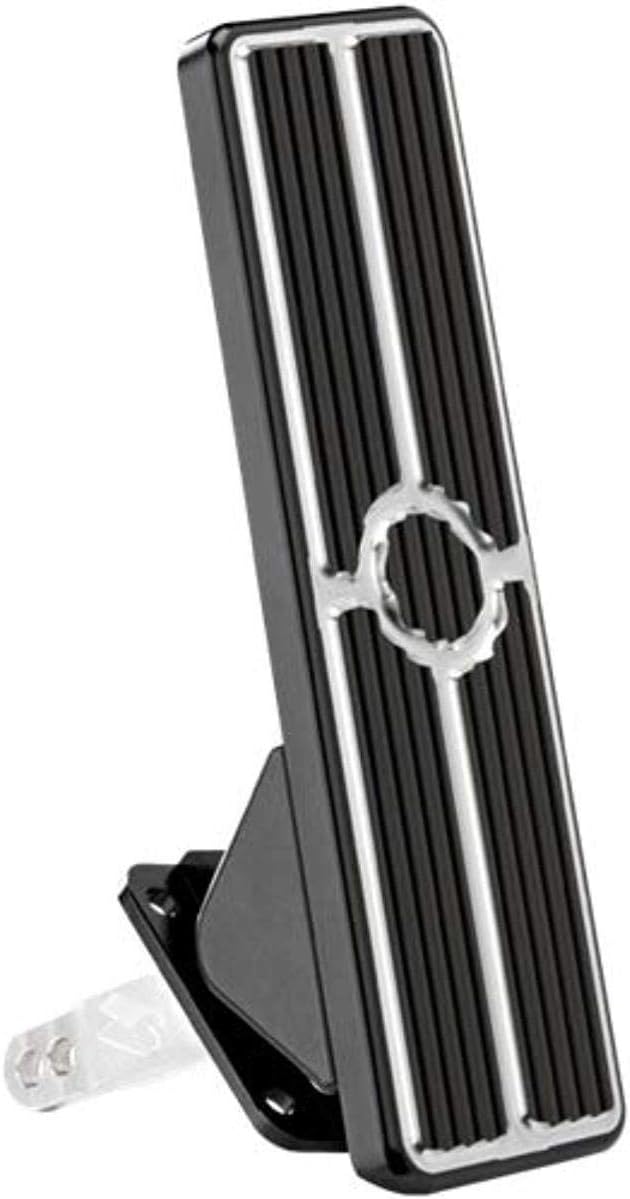 Our universal floor mount pedal adds style and functional clearance for cramped engine compartments. Featuring adjustable pedal mount angle, pedal stop and pedal travel, this pedal works where others do not. Combine with matching pedals from our other applications to complete the set. Requires cable style throttle and appropriate carb linkage (not included).